A man looking for firewood in Somaliland 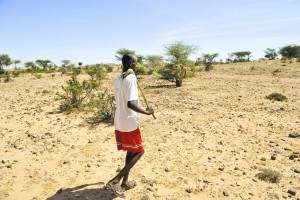 A man looking for firewood in Somaliland

By Justin Scheck in Erbil, Iraq,

Alexis Flynn in London and

When London’s Genel Energy PLC decided last year to search for oil in Somalia, it didn’t negotiate with the country’s internationally recognized government in Mogadishu.

Instead, Genel Chief Executive Tony Hayward flew to a city about 500 miles north: Hargeisa, the dusty capital of breakaway Somaliland. He visited the separatist president at home and told the resources minister that Genel could spend about $100 million prospecting there.

“We will find oil,” said Mr. Hayward at the July 2012 meeting, according to him and the resources minister, Hussein Abdi Dualeh. Somaliland gave Genel permission to prospect.

Mr. Hayward, BP PLC’s chief during its 2010 Deepwater Horizon disaster in the Gulf of Mexico, has joined a breed of wildcatters who deploy a risky and sometimes lucrative strategy: Look for oil in politically or geologically fraught lands after cutting deals with governments that claim the lands, even if those claims are in dispute.

These oilmen operate on what the 56-year-old Mr. Hayward calls “the political frontier.” They sometimes defy the wishes of Washington and the United Nations, which say companies can amplify conflicts and foment instability by entering disputed lands.

Advertisement
The breakaway Somaliland’s oil agreements are particularly contentious because they sometimes overlap leases that the central Mogadishu government negotiated years ago and that are held by companies such as BP, Royal Dutch Shell PLC and ConocoPhillips.

A U.S. State Department official says that without a resolution between the central and regional governments, oil deals “are going to create conflict.” A July U.N. report says making

Posted in Nyheter | No Comments »